Come Take a Tour! Looking for resources? Want to get Involved? 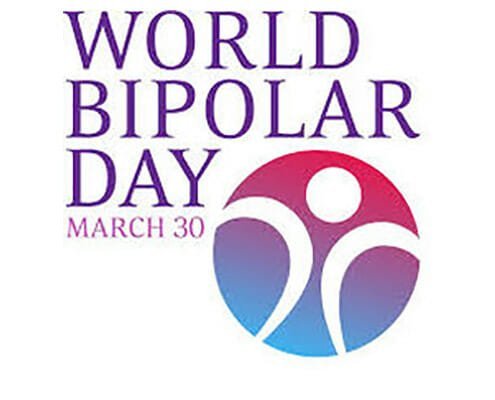 Today is World Bipolar Day (WBD), chosen because the world’s most beloved painter Vincent Van Gogh struggled with mental illness, most likely bipolar illness, and March 30 was his birthday.   At first glance, celebrating the existence of a major mental illness seems a rather odd thing to do, an invitation to wallow in misery.  The website for the International Society for Bipolar Disorders informs us that the reason we do so is to combat stigma in the world by educating the 99% who don’t have the illness to eliminate or minimize prejudice.  I agree this is a laudable goal but it is essentially a mission to clarify what bipolar illness is not.

I say we can also celebrate WBD for a positive reason, to acknowledge and affirm the essential struggle which is bipolar disorder.  For those with the illness, it is part and parcel of their DNA, encoding how they experience the tides of mood and feeling.  The disorder is intrinsic to identity, how life is experienced, in a way that a mere physical illness like cancer or diabetes can never be.  It is part of the “I” equation.  We can celebrate WBD to honor this identity, and to proclaim that we do not wish to whitewash the struggle or to minimize the accomplishment of recovery.

This position is controversial and there are idealistic people who argue against the premise:

Says Michelle Obama whom we all admire, “At the root of the dilemma is the way we view mental illness…. Whether an illness affects your heart, your leg or your brain, it’s still an illness, and there should be no distinction.”  All deserve our compassion, it is true, but mental illness is essentially different than physical illness, I contend, because of the ongoing inner struggle it implies.  Bipolar illness is not cancer.

Says Julian Seifter, “You are not your illness.  You have your own individual story to tell.  You have a name, a history, a personality.  Staying yourself is part of the battle.”  Again I beg to disagree with the interpretation.  Yes, you have a individual story to tell, but illness is an unavoidable theme in that story, lending the story greater depth and complexity than It might otherwise have had. The battle to stay yourself is far more nuanced than the author supposes when the illness is mental illness.

These disagreements are more than academic, as they have implications for the kind of communities we provide for the seriously mentally ill, including those with bipolar illness.  The same well meaning progressive camp might also contend that we commit a disservice to the mentally ill by creating special communities for them, such as mental health Clubhouses.  Such communities are viewed as ghettos, leading only to further stigma and isolation.  We would never think of creating a cancer Clubhouse or a diabetes Clubhouse, so why a mental health Clubhouse?  The way forward is surely to mainstream mental health consumers into the jobs and leisure activities of society at large, parking mental illness behind.

But such thinking turns a blind eye to the real palpable experience of mental illness, and ignores the power and inspiration a supportive community of mental health peers can lend to this greatest of all battles, the battle against mental illness.  I submit that those with bipolar illness, or psychotic illness or depression, may integrate more expediently into the mainstream of society from the springboard of a community of the wise such as the Clubhouse.  The community must have pourous walls of course, and encourage re-entry to the world at large, but let’s not forget the power of this community to jump-start the recovery with honour, recognition, and empathy.

So let us wholeheartedly celebrate World Bipolar Day today and let’s start planning for a Clubhouse in Victoria, now, to let the world know we really mean it.

Learn how you can Get Involved.